Windows Holographicis a Computing platform, that enables the application of a live presentation of real world elements incorporating with that of virtual elements, so that they appear together in a shared environment.The Microsoft Windows Holographic has a feature of an augmented reality operating environment that allows Universal Windows App.

It also has an addition of the Holographic APIs, as part of the Universal Windows platform. It is supported as standard in Windows 10 (including mobile devices version, and X-Box 1). Its mixed reality can be implemented in every Universal Windows App, for a wide selection of Windows 10 based devices. 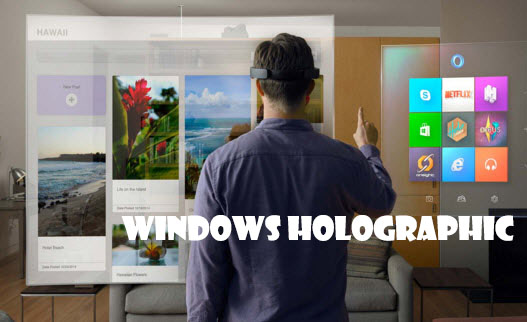 On January 21st, 2015, during the Microsoft press event at its “Windows 10: the next chapter” they announcedtheir product–(Windows Holographic), which is introduced through smart glasses headset – Microsoft HoloLens, as part in the general rollout of the Windows 10. The Windows 10 was launch started on July 29, 2015 with a release of the PC version. For the Microsoft HoloLens, it is set to be released on the quarter of 2016.

The Microsoft HoloLens is a headset, with smart glasses that is cordless, and a self contained computer of the Windows 10 version. It is the Windows Holographic premium device. It has an advanced sensor, and a HD stereoscopic 3D optical head mounted display. It allows spatial sound for augmented reality apps. 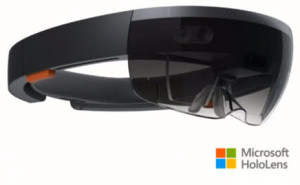 The user interface is natural, the user can interact with it through hand gestures, gaze and voice. Samsung Electronics, Asus and some other companies, expresses interest in working with Microsoft to manufacture their own mixed reality products.

The Microsoft HoloLens has a visor glasses unit design that us connected to an adjustable inner headband. It can be tilted up and down, or easily adjusted forward or backward in relation to its headband. To wear it, you have to make use of the adjustment wheel at the back of it to securely place it on the crown of your head, after that you can tilt the visor down to the front of your eyes. The HoloLens weighs about 0.4kg.

Here are the list of supported applications in the Microsoft HoloLens, as of 2016: